by Dave Graney and Clare Moore 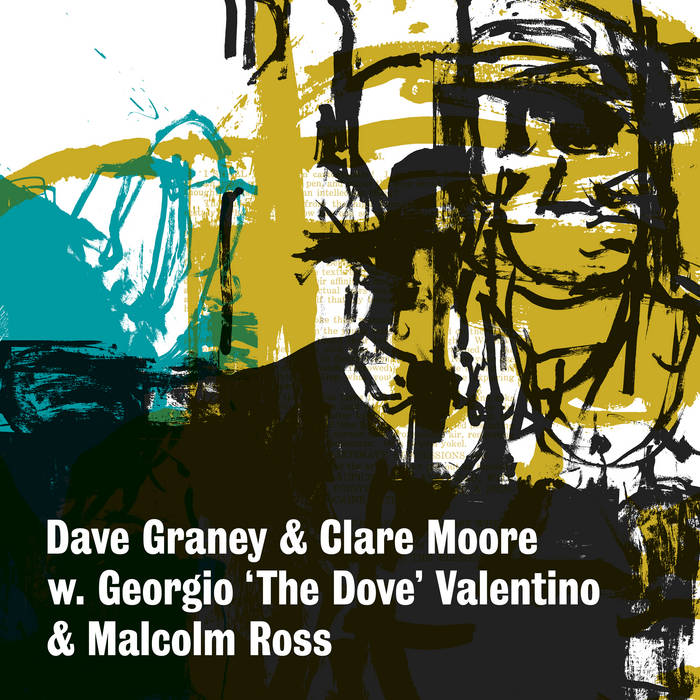 David Whiting Dave & Clare add a couple of musical legends into the mix and the songs suddenly jump out at you. The stories are there, the tunes are there and the magic is there. Dave's unique take on the world is explored to the nth degree on this wonderful release. Thanks DG, Favorite track: Night Of The Wolverine 6.

dippo6262 One of my all time faves, this version with heart and soul plus. Sounds like you are all having a great time and it resonates through the speakers. Thanks Dave, Clare and the crew. Hope you are well, Cheers from Dave in Perth WA Favorite track: Heroic Blues.

A “Double Live” album in old money.
The second of three “from the vaults” releases from Graney and Moore in the year of our pandemic, 2020. (Follows IN CONCERT which came out in May)

Songs recorded live in Hull and London in the UK as part of a tour in late 2017.
…Dave Graney on acoustic guitar and vocals, Clare Moore on keys, backing vocals, drums, Georgio “the dove” Valentino on bass and Malcolm Ross on electric guitar and lap steel.

Songs drawn from across Graney and Moore’s career and three songs from Malcolm Ross.
17 Songs delivered live in a performance masterclass from a slow burn semi acoustic pop beginning to a blazing electric raveup to finish with all kinds of side roads along the way.
A one off recording from a one off band.


Dave Graney and multi instrumentalist Clare Moore were in the Moodists from 1978 to 1986. Then the White Buffaloes/Coral Snakes 1987-1997. Then the Royal Dave Graney Show and Lurid Yellow Mist to the mistLY.

Malcolm Ross played with Graney and Moore in the latter days of The Moodists and early (London lineup) of the Coral Snakes. Previous to that he had played in Postcard Records bands Josef K and Orange Juice.

Georgio “the dove” Valentino is an international man of mystery who currently lives in Athens. Previously he had worked out of Brussels, Detroit and St Augustine, Florida.

Recorded at O’Rileys in Hull Oct 9th 2017 and the Betsey Trotwood, London Oct 11th and 12th 2017.
Mixed at the Ponderosa in Melbourne May 2020 by Dave Graney.
Mastered by Greg Wadley.
Cover image by Matthew Robertson.
Thanks to Rich and Lou Howard Duffy in Hull, Bob Osborne in Manchester and Salford, everybody in Edinburgh and at the Betsey Trotwood, Patrizia Finzi, Luc Dumas, Miqel Gistas, Tim Wootton and Seb Blanchais.

Most songs written by Dave Graney. Copyright Control except except Happy Boy (Ross/Weddell), My Avenger (Ross, Weddell, Malinen) and As Good As It Gets (Brogan,Clark, Condie, Fowler, Ross) .

If you like Dave Graney and Clare Moore with Georgio "the dove" Valentino and Malcolm Ross, you may also like: